Dawn Foster :: When a 19-year-old student was injured in 2016, she walked up and down a road in Belfast desperately trying to find the Rape Crisis centre she had looked up online. But she never found it: the centre, on 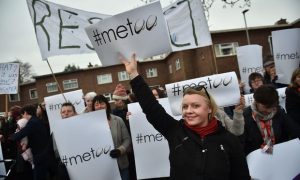 Donegall Street, had closed a decade previously due to lack of funding. Eventually the student and her friend managed to find a sexual health clinic, where a nurse recorded her injuries and counselling was provided.

After rape trials, is the court of public opinion now trumping the law?

The subsequent trial of two Ulster international rugby players for rape ended in protests in Belfast after the jury returned a not-guilty verdict: the nine-week trial forced a number of uncomfortable conversations on rape, misogyny, sporting culture and attitudes towards women into the public sphere in Northern Ireland and beyond.

The statistics make for grim reading. Reported rapes have doubled in the decade to 2016/17, with 823 rapes reported to the police in Northern Ireland during this period. Of these, only 15 cases resulted in conviction – a rate of just 1.8%, compared to 5.7% in England and Wales. Only 5% of reported rapes in the year to April 2018 have resulted in a charge or summons, compared to 8.6% the previous year.

“Every organisation has seen an increase in call volume on complaints of sexual violence since the trial began,” says Jan Melia, chief executive of Women’s Aid Federation Northern Ireland. But anecdotal evidence suggests there has been a sharp increase in women withdrawing complaints since the trial, due to a collapse in confidence in the judicial system and the fear of public attention. “We had women calling and saying they were going to withdraw cases as a direct result of the trial and the verdict,” Melia admits.

The reaction of victims’ groups to the trial has prompted the Department of Justice to review how the criminal justice system handles rape and sexual assault cases in Northern Ireland. It is expected to report in January.

Well-intentioned laws make it hard for women to report assault or rape. It is illegal in Northern Ireland not to report a crime you have knowledge of – which means that women disclosing rape but not reporting the incident to the police risk prosecution themselves. This puts many women off talking about sexual assault and rape.

“It has a huge effect, says Clare Bailey, a Green member of the legislative assembly at Stormont. “I think trained professionals understand that law, but regular people don’t.” So if people discuss historical cases of rape, this has serious implications, she says. “When these conversations happen, people don’t know there’s a legal duty to disclose a serious crime. For all the good intentions behind that legislation, it needs to be looked at – and victims put front and centre.”

Meanwhile, anger over the not-guilty verdicts has helped fuel efforts to get a dedicated sexual violence service in Belfast. Northern Ireland is the only region in the United Kingdom and Ireland without a single Rape Crisis centre. Although some organisations offer limited help as an additional service to their main work, there is no obligation in Northern Ireland to provide dedicated independent sexual assault services.

But now a group of charities plan to re-establish a centre in Belfast to give women the support they so badly need. Women’s Aid Federation Northern Ireland, the sexual violence charity Nexus and the domestic abuse charity Men’s Advisory Project had already been developing plans for a new centre, but the increase in public attention prompted the group to bring forward their plans. “The rape trial exposed a gap we already knew was there – and that exposed gap meant a response was needed. We’d been having the discussion in-house and with other services,” Melia explains.

With £100,000 funding from the Tudor Trust and the Joseph Rowntree Trust, the Belfast Rape Crisis Centre is due to open in the coming months, offering specialised counselling, advocacy and support to women, men, girls and boys who say they have experienced rape and sexual violence. The centre will initially have a dedicated support worker, but the charities hope further fundraising will allow them to expand and offer more specialist services.

The trial also revealed deeply embedded myths, stereotypes and misinformation around sexual relationships that are not being discussed in schools, regardless of religious background or school type. “Education is a huge issue. There’s little knowledge of how consent works and what it entails – and there were endless myths about rape repeated in the trial,” Melia says. “We need a very direct discussion with young people about what a good relationship is, and what coercion is. We need to empower boys to stand up if they’re in a laddish group and say, ‘That’s not OK’.”

The collapse of the power-sharing executive has also stalled much-needed progress on women’s and girls’ rights in Northern Ireland. Bailey, who previously worked for Nexus, is frustrated at the limitations on her work while Stormont sits empty. Prior to the collapse, she worked extensively on domestic and sexual violence, and sat on the justice committee. “It’s really hard. I wanted to get elected and work on this, on the justice committee and it’s been taken away.”

Melia says they are about to set up the website for the new centre, based between the Women’s Aid and Nexus offices until they secure funding for a dedicated space, and is enthused by the level of support. “It’s great that there are so many people who want to do something: everyone who has applied to volunteer has said the same thing. We cannot have a situation in Northern Ireland where victims of rape are left to their own devices: that’s not acceptable in any way.”

… we have a small favour to ask. More people are reading the Guardian than ever but advertising revenues across the media are falling fast. And unlike many news organisations, we haven’t put up a paywall – we want to keep our journalism as open as we can. So you can see why we need to ask for your help. The Guardian’s independent, investigative journalism takes a lot of time, money and hard work to produce. But we do it because we believe our perspective matters – because it might well be your perspective, too. 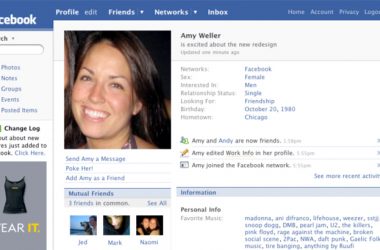